The Western Power Trading Forum Winter General Meeting is set for February 9-11, 2022. Please refer to the program of events to determine which days you will attend.

Wednesday, February 9
WPTF Board of Directors Meeting and Dinner (Board and invited guests only) 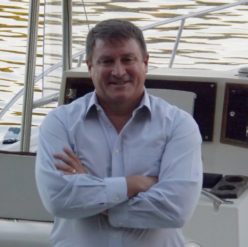 WPTF is a broad-based organization with over 100-member companies, dedicating to encouraging competition in Western states electric markets. Scott comes to this position from a background that has been dedicated to competitive electric and natural gas markets.

Prior to coming to WPTF, Scott was the Senior Market Advisor in the Policy Office at the Federal Energy Regulatory Commission (FERC) from 2008-2017. He was responsible for advising the Commission and staff on electric and natural gas markets.

Chairman Richard Glick was named by President Biden to be Chairman of the Federal Regulatory Commission on January 21, 2021 and is serving a Commission term that ends June 30, 2022.

Glick was nominated to the Federal Energy Regulatory Commission by President Donald J. Trump in August 2017 and confirmed by the U.S. Senate on November 2, 2017.

Before joining the Commission, he was general counsel for the Democrats on the Senate Energy and Natural Resources Committee, serving as a senior policy advisor on numerous issues including electricity and renewable energy.

Prior to that, he was vice president of government affairs for Iberdrola’s renewable energy, electric and gas utility, and natural gas storage businesses in the United States. He ran the company’s Washington, DC, office and was responsible for developing and implementing the U.S. businesses’ federal legislative and regulatory policy advocacy strategies.

Glick previously served as a director of government affairs for PPM Energy and before that was director of government affairs for PacifiCorp. He served as a senior policy advisor to U.S. Energy Secretary Bill Richardson, and before that was legislative director and chief counsel to U.S. Senator Dale Bumpers of Arkansas. From 1988-1992 Commissioner Glick was an associate with the law firm of Verner, Liipfert, Bernhard, McPherson and Hand.

He is a graduate of George Washington University and Georgetown Law. He and his wife Erin have a son.

Presentation on Environmental Policy from DC: Coming or Not? Speaker to be named.

Located about 30 minutes from the San Diego International Airport in Carlsbad, The Park Hyatt Aviara Resort is a AAA Five-Diamond and Forbes Five-Star luxury resort. Minutes from LEGOLAND® Calif., and the Pacific Coast sandy beaches, a spa and golf resort getaway offering world-class recreation and relaxation amid 200 lush acres of natural beauty overlooking the Batiquitos Lagoon.

WPTF holds a fun golf tournament at each of its meetings. Join us on Thursday, February 10th at the Park Hyatt Aviara Golf Course. Designed by Arnold Palmer, it has been named the #1 golf resort in Southern California by the readers of Condé Nast Traveler, and has also been recognized as one of the country’s best resort golf courses by Golf Digest and Golf Magazine.

You must be registered for the meeting to receive the hotel reservation link. Use the link below to register now!

WPTF Members: Complimentary
A benefit of WPTF membership is complimentary registration to the General Meetings.

Non-Members: $900/person
Non-members may register for the meeting but are charged and $900 registration fee which covers the costs of the meeting and meals provided in the program.

I'm registered as a member and I can no longer attend.
Cancellations will be accepted without penalty through Friday, January 28, 2022. If you are a member and cancel after that date, you will receive a cancellation invoice for $400 to cover some of the costs associated with guarantees WPTF has made with the hotel.

I'm registered as a non-member and I can no longer attend the meeting. Can I get a refund?
Refund requests will be honored through Friday, January 28, 2022. After this date, refunds will not be issued because all hotel food and beverage and conference supplies will have been guaranteed by that date. However, substitutes are welcome to attend in your place. Please send substitution information to frank@wptf.org. Refunds will not be processed until after the conference.